Many historic homes were equipped with what is known as a summer kitchen. This term describes a second kitchen that the family could use during the summer months. If you're an avid cook and are thinking about hiring a contractor to build an addition to your home, you might wish to consider a modern-day summer kitchen. The contractor can build the addition in an area that suits you that is designed for use as a kitchen. This means that it will have space for appliances, countertops, and plenty of storage. Here are some benefits of adding a summer kitchen to your home.

Historic homes had summer kitchens because people cooked with wood-burning ovens. During the hot months of summer, using a wood-burning oven to make staples such as bread could heat up much of the house. Even though you cook on modern-day appliances, they can still make your kitchen and the area around it hot — causing your air conditioner to run longer and increase your cooling bills. When you have a summer kitchen addition, you can close the door between this space and the rest of your home. When the summer kitchen gets hot, the heat won't affect the rest of the house in the same way as if you were cooking in the main kitchen.

While you might initially plan to primarily use your summer kitchen on the hottest days of the year, you may find that it's useful at other times, too. If you enjoy hosting meals in your home, the addition of a second cooking space can be handy. For example, if you have a potluck event after church, many people will arrive with food. Instead of having everyone gathered in your primary kitchen to put the finishing touches on their dishes, some people can work in the summer kitchen. This will create a less-congested work area for everyone. 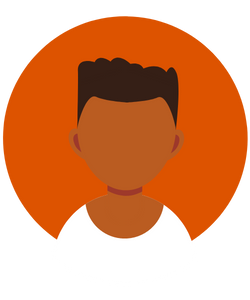 For thousands of years, and maybe even longer, humans have been creating structures to live inside. Over they years, those structures have been made better and better. Today's homes and other buildings are so much more technology-driven and efficient than those built even a few decades ago. Do you know who is responsible for much of this advancement? Construction workers and contractors. Yes, they are the ones who build the structures that humans spend time inside. We have them to thank for our comfortable homes, our nice school buildings, and so much more. Read more about the industry on this blog.